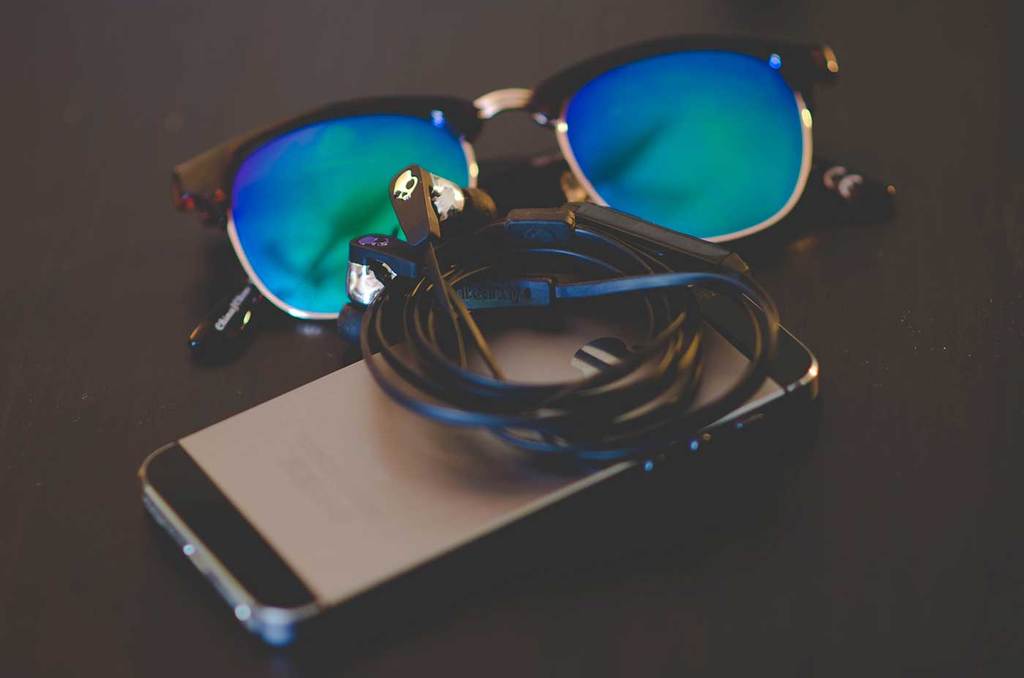 There are so many different headphones, earphones, and earbuds on the market today, that the hardest part of looking for a new pair could be finding the best type for your ears especially to find the best earbuds for small ears. Either they can be too heavy or just don’t feel right in your ears. Although most brands make earbuds in a size that aligns with most people’s average ear shape, they also require varied earbud sizes. “But what if I have small ears and earbuds always fall out?” – you would ask.

These are the little plastic or rubber (and in some cases, foam) fittings that touch your ear. When you have them in and play music, they will provide deeper bass and better clarity than your average earphone can. Detailed below are the best earbuds for small ear canals, with six reviewed in total. After reading through the list and Value Section, don’t forget to see which product comes out on top as the best overall in the summary. Let’s get started!

Check out what we have prepared for you this time:

How to Choose Best Earbuds For Small Ears

When first shopping for the best earbuds for small ear canals, understand that they’re a bit different than earphones. Earphones require that the entire hard piece be placed inside your ear. Earbuds, however, have soft pieces that touch the lining on your mid-ear. The fit might be a tad awkward if you’ve never used them at first, but will quickly become comfortable.

If your ears are small, then pay close attention to the sizes provided for each earbud (more on that later). If you’re going to be wearing them in an outdoor setting, try to find some that contain good range when paired with your smartphone. You don’t want to hear your music skipping when you’re not close to your phone.

Advantages of Bluetooth over Wired Earbuds

Getting a Comfortable Fit

No matter what sort of earbuds you acquire, they should be comfortable for you to wear for a long period of time. If not, the discomfort could turn into slight pain in your ears. This is especially a problem for people that have small ears. The easiest way to avoid this is to compare the sizes of the earphones through the photos shown in their product descriptions. Another good way to determine a correct fit is by checking the weight. If the weight is large and the earbuds appear physically bulky, then it’s suggested that you check with another brand instead of settling on that particular product.

The physical makeup of the earbuds is one thing, yet the “earbuds” themselves are equally important. But there is one good fact concerning this, which is that almost all brands provide their users with multiple earbud pieces to try out. This means that you’ll always have more than one piece to choose from if another doesn’t fit the way you want it to. Some brands also include foam earpieces instead of plastic or rubber, which are great for those with sensitive ears. They tend to hold up better when using the earphone in settings where one sweats a lot, clinging to the ears without risk of falling out.

You’ll be hard-pressed to find one medium-to-high quality earbud that doesn’t come with a carrying case. Their small sizes make them easily breakable if one isn’t careful, so do consider how well made the case that comes with the product is. Of course, most of them are built simply from hard plastic but you can tell a good case from a bad one based on how oddly shaped they are. Those with protruding openings might not last very long, more so if you keep it in your pockets most of the time. Yet as long as you have a case to put your earbuds in, that’s all that really matters.

Passthrough is a feature given on some earbuds that allows background noise to travel through them when they’re placed inside the ears. This could be useful for people who want to listen to music yet dislike the noise-cancelling attributes found on other earbuds. Noise cancellation is the complete opposite, whereby no sound will make it through the ear canal when they’re over the ear. These are best for crowded situations where one doesn’t require to hear any background noise, although they might not be useful when walking outside on the street (for safety concerns).

If your mic quality is poor, you’ll quickly discover that phone calls and other abilities become significantly harder to carry out. During calls, the receiver may not clearly hear you on the other side. Voicing commands to your smartphone or other Bluetooth-equipped device could result in multiple command attempts for the software to understand what you’re saying. Before choosing, check to see how well-made the microphone is by reading what others are saying about the earbuds. And be sure to keep the mic clean by scraping off any dirt that builds up over the speaker.

The Jaybird Vista True Earbuds are one-of-a-kind from the fact that each piece has outstanding sound quality, yet with hardly any break-in period at all. Most audiophiles will tell you that earbuds, along with other earphone types, won’t sound at their highest quality when one first listens to music with them. This isn’t a problem here, since the decibel level on both high and low frequencies are stellar from the start.

It also has long-distance Bluetooth pairing, so you can easily do a workout at the gym and listen to your favourite songs without having the device too close to your person. There are magnets built inside the carrying case that allow users to store each earbud without them rattling around. As a result, the Jaybird has the potential to last for much longer than their competitors. If that sounds good to you (no pun intended), then give them a shot and listen to your music like never before.

The Samsung Galaxy Buds are made by the same company that produces the popular smartphone, and must like the latter device, these are built to a high standard as well. Since they’re Bluetooth, you don’t have to worry about lugging around any bulky wires when listening to your music. They’re also very comfortable to wear for a long time, causing little to no strain on the ears. Decibel levels are great and the bass thumps without being too harsh.

The battery life should last about six hours, maybe a bit longer if you don’t play your music at a high volume. You might experience the occasional drop in signal if you place your smartphone in a pocket while listening to the earbuds, so try not to do this in pockets that are too congested.

The Purity True Wireless Earbuds might take a little bit longer to pair than some of the other brands listed so far but contain enough good features to make a spot on the list. The audio quality is great and will stay that way after the short break-in period. Another good feature are the multiple earbuds themselves, with each being on the small side (not too big). As these are the best headphones for small ear canals, more than one piece should fit inside, giving your more freedom to choose how your music sounds when they’re placed on the plastic piece. The battery life is excellent and should last seven or more hours with ordinary listening.

The Powerbeats Pro Wireless Earphones are extremely comfortable, whether you’re listening to music at home or on-the-go. Each one is significantly smaller in weight than the competition, making them ideal for people that are sensitive to other earbuds.

Your ears will never become tender from having them on for too long. And best of all, Bluetooth pairing is quick, painless, and requires no tedious setup when doing it for the first time. The microphone quality could be better but this shouldn’t be too big of an issue if you don’t anticipate making/answering any phone calls with the earbuds. Highly recommended.

The Geekee Bluetooth 5.0 True Wireless Earbuds are made to last. Which is a little surprising, given how lightweight the buds are. In fact, you might even forget that they’re on your ears when you’re not listening to anything. With this in mind, they’ll never fall off your ears, even if you were to change your close while having them in your ears. Take them to the gym and never worry about losing either earbud ever again.

The final Earbuds are the Mpow Flame Bluetooth Speakers, which are built for people with big and small ears. There’s a button on one that will allow you to control your music without having to pull your phone out of your pocket. If you sweat a lot, consider these first before looking into the others. They cling to the ears no matter what, even if you’re running and/or moving at odd angles in the gym (when doing pull-ups, for example).

Range is outstanding and you can expect to get at least to 60 feet before the signal begins to go out. They are a bit on the heavy side, however. You’ll get accustomed to if eventually, so don’t pass these up if you must have the best headphones for small ear canals, but don’t want something too small.

Did you find the right earbuds for you? Out of the six that were reviewed, one has just about everything that you’ll need in a new pair that isn’t too large. The Jaybird Vista True is great in audio quality, design, and battery life. As laid out in the Value Section, the physical makeup of your earbuds is just as important as the sound quality and Bluetooth compatibility itself, which puts this brand at the top of the others.

This isn’t to say that the other five earbuds aren’t great either. Go with one of the others if one of them looks more promising. There’s no wrong choice you can make here; just get ready to hear your music as you’ve never done before!